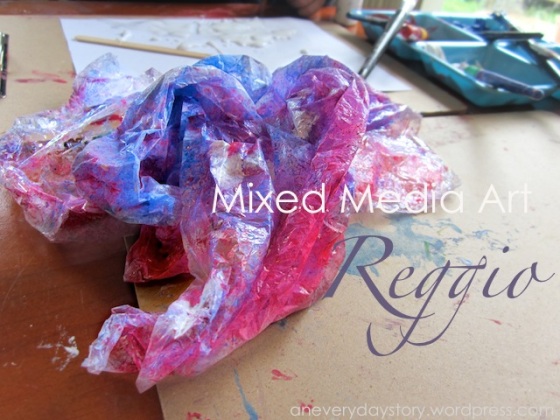 Art is a significant part of the Reggio Emilia Approach. However it’s not the creation of art which is the focus, it’s the use of art as a medium to represent children’s thinking, encourage investigation and experimentation; to make the child’s learning visible to others and themselves. It’s using art to show how the child is feeling, what they are experiencing, what thoughts are in the front of their mind, what connections they are making with previous experiences.

I am abysmally artistically-challenged and before I became interested in Reggio, hadn’t really given much thought to art and it’s capacity to portray and evoke thoughts, emotions, ideas…which now as I write this, seems silly because that it exactly what art is!

I am however really enjoying learning about different art mediums and techniques (very basic at this stage) and thinking about ways Jack can use these mediums and techniques to make his thinking visible. Along with representing thought in increasingly complex ways, it’s essential that Jack has lots of exposure to different mediums so he can learn how to manipulate them, experiment with different techniques, just see what happens. He is comfortable with chalk, felt pens, oil pastels (used as crayons), coloured and lead pencils, glue and clay. However, except for clay where he has started to incorporate other items like wire, he generally uses them in isolation and doesn’t tend to mix mediums.

I’ve been doing some reading on Mixed Media Art; working with more than one medium. So ink and collage or a canvas with paint and photographs. I was watching a really inspiring show on contemporary artists and some of the different mediums  they used to create their artworks. So much potential for expression. Now, people out there with an iota of artistic ability will know this already, but like I said, this is a new playing field for me. 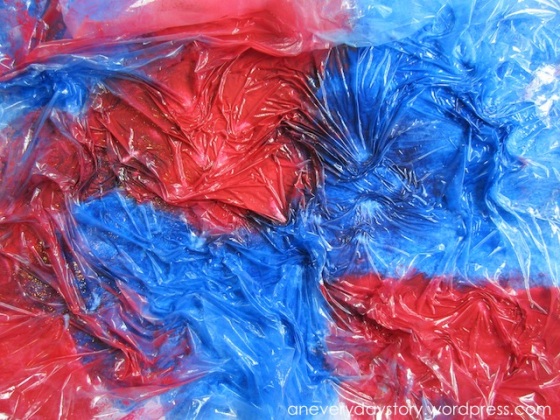 So today we tried some mixed media art; paint and plastic wrap. I was originally inspired by an artist using mist stray bottles (like small toiletry bottles) filled with ink and some plastic wrap. However not having any ink I decided to go with paint. The artist sprayed different coloured inks over the paper, placed plastic wrap over the top and used her fingers to move the ink. Along with the wonderful sensory experience, I thought Jack would enjoy moving the paint around and I was interested to know what thoughts came to mind as he was working. 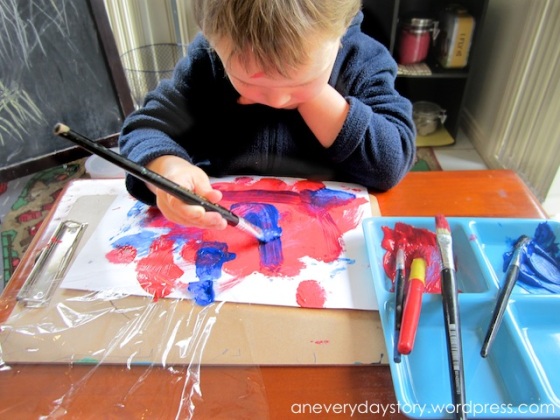 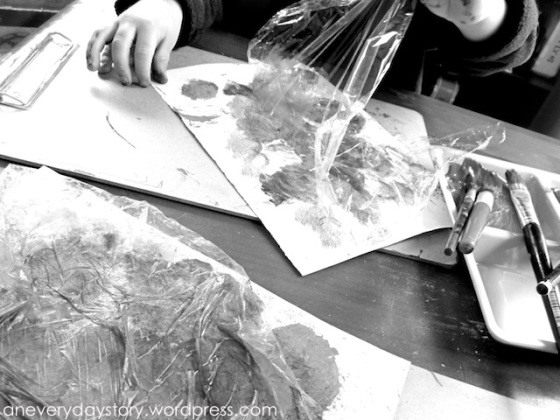 Initially he started out just painting, which I expected. I was painting too and when I put some plastic wrap on my painting he was immediately interested. His first attempt didn’t work as well as he hoped, more paint was needed he declared. The second attempt, with much much more paint, was a roaring success! ‘Mummy it’s like fire coming out and going into the water’. ‘Mummy it’s like a big Black Hole. See the paint is going into the hole’. 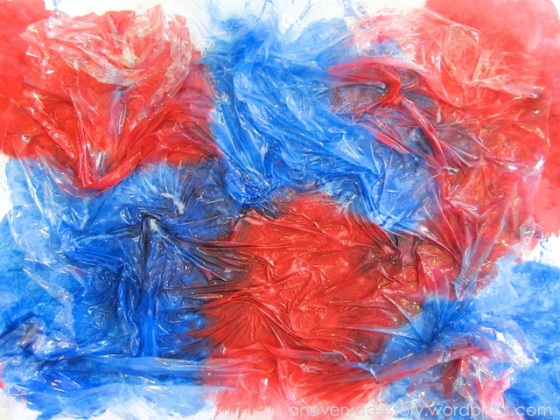 From there the activity really became Jack’s; peeling the plastic wrap off he thought it would make a good stamp. ‘Mummy, see, we can take it off and push and see, it makes a nice pattern’. This led to dolloping large amounts of paint onto the paper and then dabbing the plastic wrap to create different patterns. Jack was really enjoying himself and I like that I was able to step away while he continued to create. 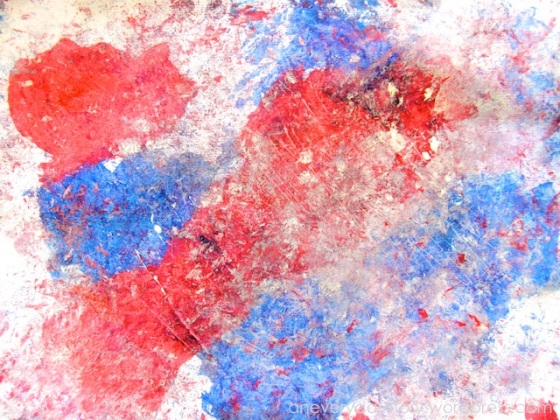 I have a few other ideas I got from watching the show including one which I think would be fascinating to use with the OHP. Stay tuned 😀 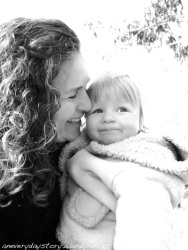 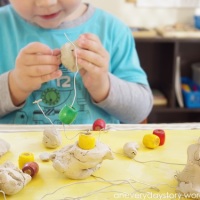 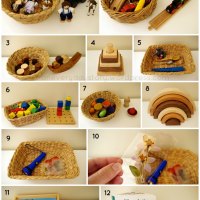 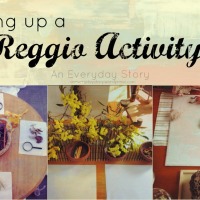 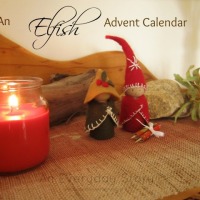 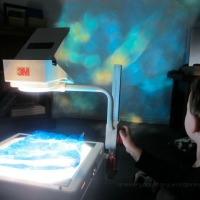 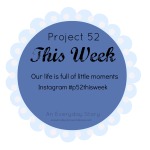